Landscapes on Hold: The Norwegian and Russian Barents Sea Coast in the New North 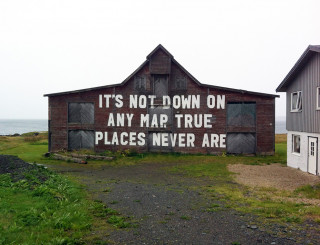 This essay explores changing images of the Norwegian-Russian Barents Coast landscape, which is currently undergoing political and economic changes due to large prospected quantities of extractable oil and gas, rare earth and other minerals. It considers the relationship between the reductive projections that industries and governments lay on the remote territories of the North, and the experience and agency of local communities that encounter new industries. This includes speculative responses to the possibility of future industrial exploitation. In other words, the essay looks at the contrasting ways in which landscapes are socially and materially produced simultaneously by external expectations of future development and by local perceptual responses—including forms of activism, art, and architecture—to forces of globalization that render the future of many settlements uncertain.