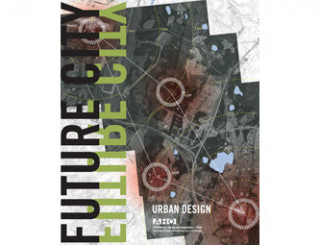 A consensus as to how cities can meet the challenges posed by sustainability is emerging. The primary response of cities in terms of urban policy and planning can be summed up in the term ‘Compact City’. This is a strategy that is easy to envision for planners, politicians and the general public.

The strategies for compact city, however, do not make much sense in the areas outside the central area of the region. Outside the municipal boundaries of Oslo, a ‘Second Oslo’ has to be recognized as an existing situation with a population rivaling or even exceeding that of the central urban district. This ‘Second Oslo’ is a result of a disperse population pattern that started with the development of the railway in the late 19th century and early 20th century, and has accelerated with the general increase in car ownership in the last 40 years, and the associated development of infrastructure. And while these areas that encompass some of the fastest growing municipalities of Norway are often seen as secondary or auxiliary to the central city, they are increasingly the location of large metropolitan or even national programs like the Gardermoen Airport or the Expo at Lillestrøm, and can therefore no longer be seen as secondary to Oslo.

At the Future City studio at Institute of Urbanism and Landscape, students of Landscape Architecture and Architecture have been studying the development of strategies for sustainable development of the fastest growing municipalities in Akershus County. The topics studied include water systems, urban agriculture and food production, new modes of transport etc.