Different Futures for Many Different Suburbs 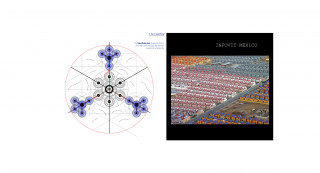 A problem we face is that suburban areas tend to be seen as one, which results in a blindness to the uniqueness of each place. Local peculiarities may not be visible in aerial photos, nor in the visual information from drones about their build morphology, which in many cases can be strikingly similar. But it can be found in the composition of the landscape, in the climatic conditions, in the social structures, the mobility patterns, and the everyday life. It is in the uniqueness of each area we find relevant input for thinking about its future.

At the conference, “Future of Suburbia”, aspects of suburbia were addressed through examples representing a broad variety of suburbs – including the British answer to the future of suburbs by David Rudlin from URBED, who received the Wolfson prize in 2014 for his proposal for new kind of more flexible suburb, illustrated as an addition to the imaginary historical city of Uxcester. This proposal build on a long tradition of suburban planning. Another speaker, Sebastian Fernandez from INFONAVIT, (the Mexican state initiated mortgage bank) showed the infinite horizontal expanse of small-unit housing, that was the result of their mortgage policies. The difference between the visions of a new and more flexible suburb versus one realized as social policy demonstrate the political  and economic differences between the countries, as well as the difference in administration.

Yes, the suburb may be a global phenomena, but in each case that is just the starting point. I don´t believe in a solution of  “one size fits all” – It would just be either to big or to small. God news for the urban planner! That we will still have some work in the future.