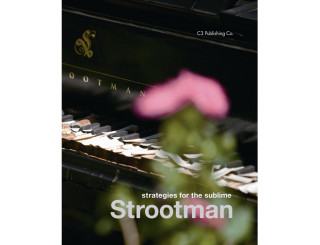 The water wolf is an allegorical destructive figure in Dutch history, literature and folklore known for the devouring action of wind-driven water on soft shorelines. Throughout time, the water wolf has stalked the land and, according to historian of medieval Europe William TeBrake, by 1300 AD necessitated the building of dikes, dams, sluices and drainage canals for human occupation (until that time, settlement and agricultural use of the lowlands was possible by straightforward and simple drainage techniques[i] and by occupying only the higher grounds, not under influence of the sea). The development of hydraulic engineering and water management to perpetuate drainage while protecting against inundation led to the conundrum of engineered nature—a vicious cycle of the occupation of lowlands, subsidence, hydraulic measures for deeper drainage, further subsidence, newer and more effective hydraulic engineering, further subsidence, etc.

Strootman Landscape Architectsare a rare type of practitioners, particularly one could dare say in The Netherlands. They are evidently deeply entrenched in the long and unavoidable traditions of water management, and engineered nature but, at the same time, thrive in poetically narrating sites and precisely choreographing habitats, public space and above all else beauty. The office combines a deep historical reading and interpretation of tangible and intangible sites’ pasts (such as geological conditions and legends) with the creation of rich new cartographies, of new lands, with carefully calibrated geometries and an uncanny degree of ecological precision. The story-telling/ mythology angle and scientific vigor make a potent combination of inputs for design elements.

This essay frames a selection of the office’s work through the contemporary lens of landscape/ ecological urbanism. The titles of the five ‘scenes’ are encapsulated from essays of The Landscape Urbansim Reader, edited by Charles Waldheim, the architect who coined the term in 1996. Each scene opens with a number of theoretical underpinnings and aspirations of the cross-disciplinary field and is thereafter animated by a project from Strootman Landschapsarchitecten and others by international practitioners.